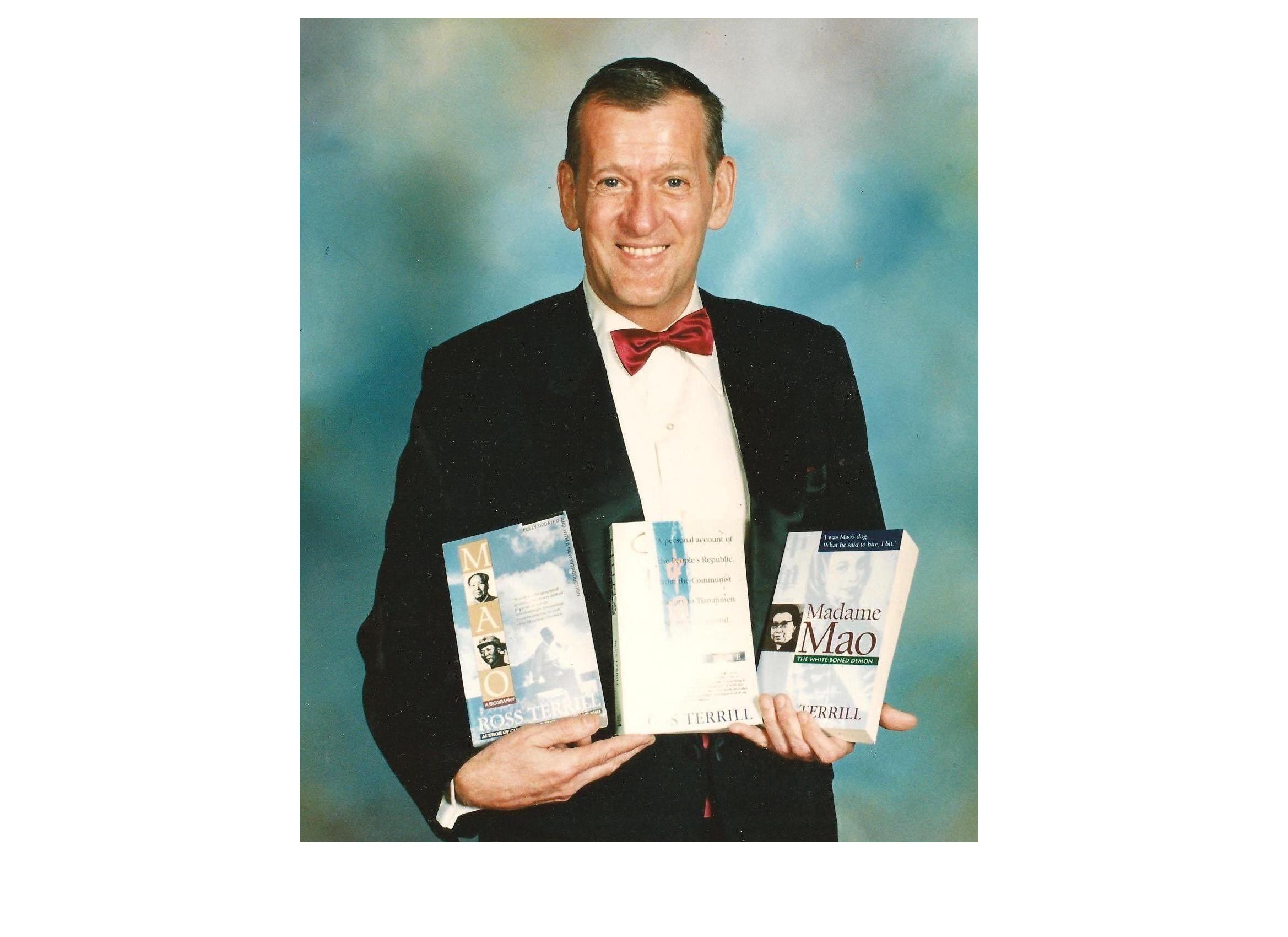 CLAREMONT REVIEW OF BOOKS The Bad Man School of History
San Francisco Chronicle "Postcards From Tomorrow Square"
A LIFE IN THE CHINESE THEATER
Journal of Cold War Studies MAO: A REINTERPRETATION
A DRAMATIC LIFE IN CHINESE THEATER
UNDER HOUSE ARREST!

This rich volume is less an “Introduction” to Mao, than a Critical Appraisal or Revisiting of Mao. Some essays offer far more than an introduction and probe new areas that connect Mao to Chinese traditions, the nature of the Chinese state, and world history since his death. Unfortunately, Timothy Cheek's preface does not offer real themes or a framework, but announces a sequence (“Mao's world” and “Mao's legacy”) that hardly fits what follows. Still, anyone interested in Mao will be rewarded if they persevere to the essays ahead.

Space permits mention only of nine fresh, notable, or provocative essays, all suitable for graduate students. Hans J. Van de Ven masterfully reassesses Mao's position within the swirling political currents of the 1930s and 1940s. He is penetrating on how Mao's Rectification Movement and other measures “suppressed the globalizing and internationalizing strain in communism” (p. 100).

Frederick C. Teiwes' essay is thoughtful and learned, repeating his previous work, but also probing expertly the structures around Mao. His loose use of “legitimate” conceals a confusion: If the Mao regime was at one point legitimate, later not, then later still legitimate, we need a definition of what legitimacy is being discussed. It seems to me dubious to say of Mao, “overall he retained the status of legitimate emperor at his death” (p. 153). I have proposed elsewhere that the term is simply not appropriate for the Chinese party-state, which arrived by the gun and has never held a national election.

Michael Schoenhals' astonishing essay prompts an initial suspicion that this virtuoso on the 1960s has exhausted topics sufficient to claim his skills; his theme is Mao and excrement, with a supporting role for tongues, testicles, and other organs. But even this unpromising realm cannot impede Schoenhals' originality and industry. We learn the maxim, “There is class struggle at the pointed end of the chopsticks” (p. 118), and we get Hu Qiaomu's gem, “differences in essence as well as process distinguish defecation by socialist societies from defecation by capitalist or feudal societies” (p. 125). Occasionally distasteful, the essay nevertheless adumbrates the naturalism of Mao's mind and of strands of the Chinese worldview.

Delia Davin's essay on Mao and gender is full of interest but unadventurous. “Mao's attention to other women provoked quarrels” (p. 202) is a bland way to refer to his affair with Lily Wu, his semi-public physical fights with He Zizhen, his courtship of Jiang Qing that involved even Stalin, and his fascinating dialogues with Smedley on the meaning of romantic love in the West as contrasted with China. These impulses, hesitations, and contradictions of Mao over females are revealing of the man's character. Davin seems to push Mao's personal life into a corner not fit for deep analysis. Unfairly she dismisses Li Zhisui's The Private Life of Chairman Mao (New York: Random House, 1994) as “a gossipy account” (p. 203).

Charles W. Hayford elegantly explores diverse meanings made of Mao. He wonders why Americans in 1948 asked “Who lost China?” rather than “Who failed to win Mao?” In fact, he suggests, Americans lost the “Open Door China” of their imaginations (pp. 321–22). He shrewdly remarks of another academic journal: “Soon after Mao's death, The China Quarterly gathered scholars more to praise than to bury him. In effect, they found him to be both precapitalist and postmodern” (p. 327). Hayford summons Shakespeare to grope for Mao: “Mao was a Caesar who survived the attempts of any Brutus to limit his power, an Othello who needed no emulous Iago to goad his jealousy, an overreaching and sleepless Macbeth who murdered reason, and a Lear who turned himself into an heirless and crazed old man” (p. 331).

Geremie R. Barmé, original and refreshing as usual, serves up brilliant if episodic reflections on Mao and the imperial tradition. He offers arresting new material on the circumstances of the appearance of Mao's poem “Snow” in Chongqing in 1945 and sharp commentary on Mao's remarks about Li Zicheng upon grabbing the reins in Beijing.

Barmé is correct to say Mao's personal psychology and behavior are not a sufficient key to the nature of the Mao era (p. 269); here he departs from Hayford and Jiang Yihua (see below). But he gives insufficient attention to the society around Mao as a variable in assessing him as a quasi-imperial leader. After all, an emperor's rule was inseparable from the nature of the society he sought to rule. Similarly, in the post-Mao years, it is not just the personalities of Deng Xiaoping, Jiang Zemin, and Hu Jintao that dramatically reduce the salience of the Red Emperor theory, but the social and economic change since 1978. Here is a dimension missing in Barmé's fine efforts to find a reconciliation between the traditional and the revolutionary. Elsewhere I have dealt with Mao's moral suasion and Deng Xiaoping's use of law by means of a dichotomy between structural neo-Confucianism (Mao) and structural neo-Legalism (Deng) (The New Chinese Empire, New York: Basic Books, 2003, pp. 173–74).

Xiao Yanzhong's taxonomy of recent PRC scholarship on Mao is bold and important. His classification accords with my experience through reviews and interviews as 420,000 copies have been sold of the Chinese edition of my own Mao biography (Mao Zedong zhuan, Beijing: Renmin daxue chubanshe, 2006). Xiao divides Chinese scholarship into a Liberal school, with moderate and radical wings; a New Left school, also with moderate and radical wings; a Historical school (this strand is delineated effectively); and an Official Ideology school, with a wing of “subofficial ideology” that “decorates the official points of view with academic language without deviating from the orthodox teaching” (p. 273).

Two stimulating broad-canvas pieces conclude the volume. Both wrestle with the dualism favored by many Sinologists of “good Mao, bad Mao” and the relation of the personal and the structural that illumines much of the book. Jiang Yihua posits “brimming with confidence” and “lack of confidence” as the poles of his good-Mao bad-Mao dualism (p. 341). That puts too much weight on psychology. The same was done in a more moralistic direction by Jung Chang and Jon Halliday (Mao: The Unknown Story, New York: Knopf, 2005). Mao's mentality must be brought at each stage of his life into relation with Marxist ideology and CCP structures.

Chang-Halliday rudely broke ranks with “good Mao, bad Mao,” but they replaced it with an “evil man” theory of Mao that entirely neglected his embrace of a flawed ideology (Terrill, “The Bad Man School of History,” Claremont Review of Books, Summer, 2006). It was not Mao's evil nature that made his later career a disaster, but the intensifying consequences of Communist social engineering and flailing subsequent attempts to repair the damage—never admitting the basic impossibility of a successful command economy.

Roderick MacFarquhar's closing essay is fresh, taut, and a model of concision. He draws great meaning from Mao's deathbed embrace of 1949 (conquest) and 1966–69 (renewal) as his two greatest accomplishments, styling them patriotic and ideological revolutions respectively. Mao acknowledged that many colleagues doubted the high rating he gave to the second; they valued more the building of socialism from 1949 to 1956, which “renewal” turned against. MacFarquhar seeks to explain why “seasoned colleagues who had fought alongside him in the first revolution…were insufficiently revolutionary to join him in the Cultural Revolution” (p. 344). His dissection of Mao's idiosyncratic clinging to both conquest and renewal provide what may be the best eight-page summation of Mao Zedong ever penned.

MacFarquhar ends with a tough judgment upon the giant who still fascinates so many of us: “Without Mao, the Chinese miracle might have begun 30 years earlier” (p. 352).